Europe and the Secret History of Italy 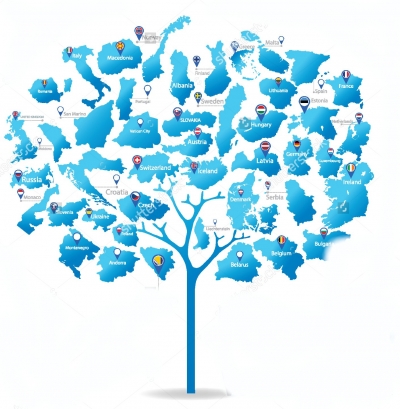 Now, think about the unification of Italy and then focus on the current events in Europe.

Europe has introduced a single currency - the euro - for all the peoples as Italy did with its language.

But was it actually a positive thing? Could it be that some truths and freedoms have been omitted? What is the secret history of Italy, which was established and created to meet the needs of the ruling class?

What is its hidden origin?

Consider the French Revolution, the unity of the Vietnamese people whose roots date back to thousands of years ago and then think about the "Italian unification" which was achieved just over a century ago.

Focus on the way in which Italy was unified, i.e. through a brutal colonization started by Piedmont, a typical "French" state which unified by military means what did not naturally exist, since there were no Italian people over the history; to this end the words of Massimo D'Azeglio are meaningful and indicative of this process: "We have made Italy. Now we must make Italians."

But is it possible to artificially create a population? This statement tells the true history of Italy. Rome did not play any unifying role with its "divide and rule" policy, its minority of Roman and non-Roman citizens, its solid technocratic, military and bureaucratic structure, reflected by the famous motto "dura lex, sed lex" (The law is harsh but it is the law.)

And the Church with its feudalism and "obscure" State certainly did not contribute to the unification.

Therefore, the colonisation of Southern Italy started by Piedmont was not a unifying element, however the unification was required by the capitalist English, French and Prussian States, which longed for the declining Austria, according to the so-called cannibalism of power or "may the best man win” principle.

In different ways (and times) but with the same capitalism- and power-oriented approach with one or multiple states - and, of course, after the introduction of a single currency in Europe - the capitalist class has realised that it had better share power. 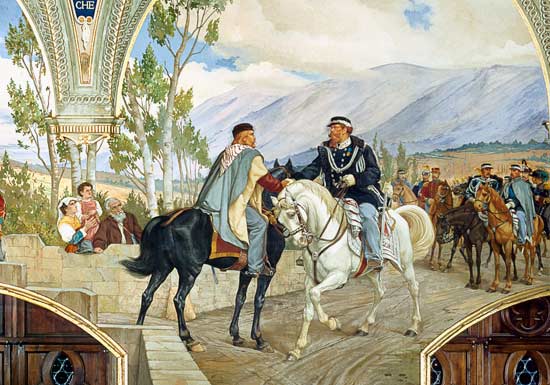 Now, let’s go back to Italy: it took two tragic world wars to achieve "this" unity, to make "the Italians.”

Moreover, the partisan struggle against Nazi-fascism exercised a limited impact on the false unity, because it was claimed by Stalinism, which did not surely recall any revolutionary movement, but rather reflected a state and Imperial approach.

Therefore war forced people to leave their historical context and territory to fight against alleged enemies, without knowing the reason why.

Now it is no longer possible to separate language from its history and nation from its language.

When we study the history of a language we also study its origin and vice versa.

Therefore, considering the nature and history of the Latin language, we should limit the use of those languages with sacred freedom purposes, since it cannot answer, due to its intrinsic historical supremacy, for the sacredness of the rite, under penalty (if you do not paid attention) of the evocation of death forces against the same rite and the faithful, or alternatively under penalty of the failure of the rite.

We should not despise the culture of an imperial society, but we should rather consider the limits of a culture increasingly influenced by a language more and more imperial.

However, just like Europe, Italy must play a leading role for the interests of the global capitalist and curial class.

Reality proves that they are just a State, not a nation; instead of a united population, there are only degraded fragments of a nationality, pieces of a population whose heart and brain have been raped in the name of capitalism and not for humanitarian purposes.

The Jews, Native Americans, Gypsies and Sikhs are Nations and populations, albeit with all the contradictions arising from class subjection, but beyond them, is there any other example of real nationality?

Comment on this essay by adding your assumptions, always trying to directly address the facts considering both their evident and hidden aspects, as well as their particular and general features.

Mais nesta categoria: The Soul of Europe and the Germanic People »