Canticle of Mary and the Prophets – The Divine Law 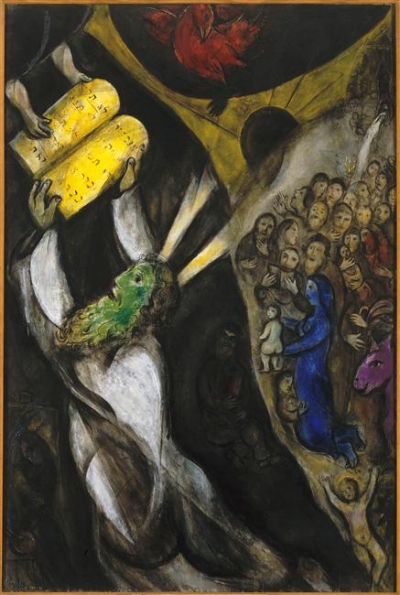 Canticle of Mary. The Divine Law: Moses receives the Ten Commandments (the proof of friendship), on the right there is a kneeling woman wearing a blue dress and holding a child who is looking at the Ten Commandments. The figures on the right represent the descendants from the Jews up to the birth of Jesus; the scene continues at the bottom with a child, the new man. Picture: Marc Chagall. Picture below: The Madonna and Child is a painting by Andrea Mantegna (1490-1500.)

I am not afraid to repeat the truth, which is as ancient as the mountains and, to this end, I quote Lao-Tze, the founder of philosophical Taoism.

Lao-Tze stated that "the Tao, the divine law, is like an archer: it raises what is low and lowers what is high; conversely, the human law is quite the opposite: it increases the wealth of the rich and the  poverty of the poor" (Lao-Tze.)

Therefore, if we want to be sons of the Heaven, peaceful men or sons of God, we must adapt our thoughts, words and actions to the divine law, which is particularly hard in this world ruled by steadiness, stagnation and coding of impressive inequalities which are said to belong to the natural order of things.

However, diseases also belong to the natural order of things, then why do we fight against them?

Taoism enhances a concept closer to our culture; it combines with an infinite concept and is in turn emphasised by it resulting in a great light which provides strength and unity, strength and intelligence, i.e. the heart.

I am talking about the Jewish, Christian - prophetic - messianic assumptions – which is successfully summarized in the Canticle of the Magnificat contained in the Gospel of Luke.

I am referring to it not only because it is Christmas time, but also because the Canticle of Mary, the mother of Jesus, was a Jewish woman full of peace, mystery and pathos.

I try with my poor ability and knowledge to recall that Jewish internationalist strength and knowledge, also with the purpose of contributing to her liberation (of Mary), which is often imprisoned in occultism and subjection rites.

The Canticle of Mary sounds like a song of joy with a shamanic power, first try and then trust, you’ll just need a touch of faith: 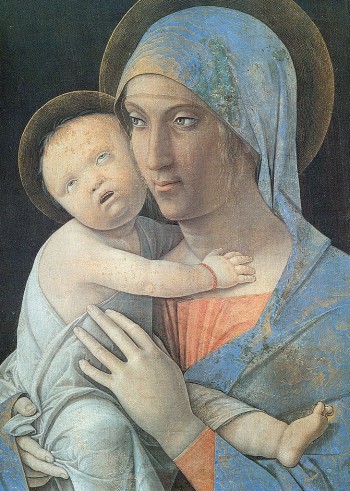 The Canticle of Mary:

"My soul is filled with Joy of the Nameless

My Spirit rejoices the Elohim, my salvation,

the Unity of Love manifests itself in the humility

All the beings will have joy from my

the Unconceivable has done great things for me, the

His word is Holy.

And his knowledge is handed down from Generation

among those who love him.

He has shown the Strength of his arm as he destroyed

the projects of the arrogant; he casts down the mighty

from their thrones and lifts up the lowly.

He has filled the hungry with good things

and sent the rich away empty.

He fulfils his covenant of friendship, with Israel

his little son and with all the

descendants of Abraham, the ever-lasting blessed one for eternity,

I often reflect on this canticle.

Based on these words, I am increasingly aware of the Unity of Knowledge everywhere at any time.

This Canticle shows us the path leading to Peace, friendship and personality, which is indicated also by Taoism, once deprived of academic assumptions.

The Canticle of Mary and the Prophets addresses us all and asks us to aim at perfection in our actions, inspired by Heaven.

And through this liberation we shall be free at last.

Mais nesta categoria: « Needs and Wishes – How to become a Nobody The Soul »